The Frontera 1 is the first game in the franchise and the very first videogame developed and created by AdamCorp, released back in 2007. Old times, good times. It was developed in just a few months and was well received. While it might seem old and unpolished, it has a pretty cool story and some nice ideas. 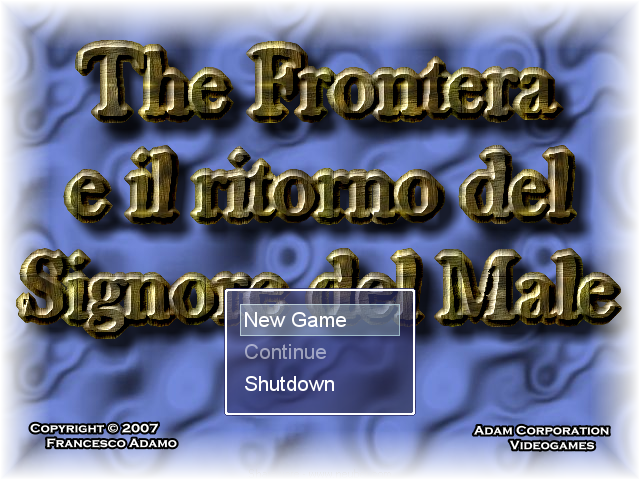 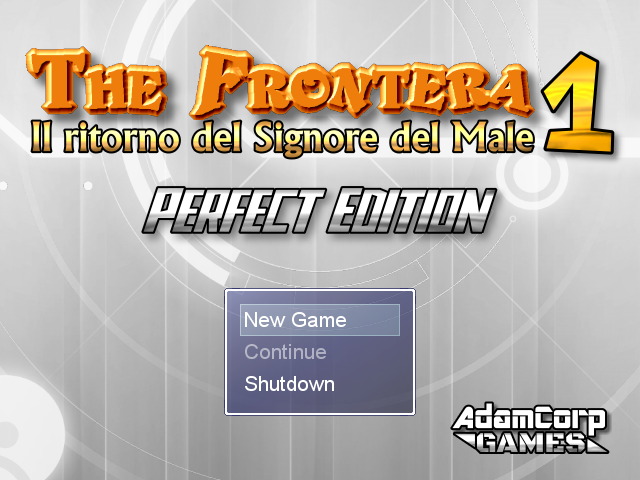 An update for this game (including new content and bug fixes) was planned, but unfortunately never released. AdamCorp is currently working on a Remastered Edition of the game, redesigning and expanding the game to a whole new level as well as adding english dialogues.


WARNING!
The game language is ITALIAN. No translation available. Don't worry, the Remastered Edition (implying it will ever exist) will be multilanguage.


MORE WARNING!
The game is OLD. It's our first game and it was made when the author was still unexperienced. Bugs, dialogue errors, poor story and/or bad design are expected. Play this game if you want to have some random fun. Wait for the Remastered Edition to come out (if ever) to fully enjoy it.


Meet The Frontera, the great adventurer, and help him in his quest to rescue his girlfriend, Hilda! She has been kidnapped by the Dark Lord, an evil villain who wants to conquer the whole universe. You must collect all the four elements and create the Light Orb, the only weapon able to defeat him! ...But will this be enough?

Travel through uncharted territories, fight evil monsters of all kinds, meet new friends, uncover the villain's plan and save the world! Enjoy a nice story, insane plot twists and some pure random fun in this 2 hour long mini adventure! Test your skills in this challenging game! "This f*cking piece of sh*t is so hard it will make your head explode in anger" - one of our beta testers. And yes, the difficulty is still the same.

The plot is being updated and extended in the upcoming (really?) Remastered Edition. Why did the villain kidnap Hilda? What's the real power of the Light Orb? What the hell is going on during most of the game? All these questions will be answered, one day.