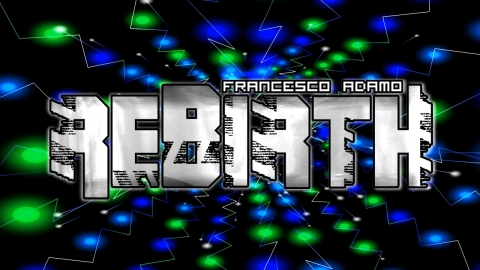 Powerful beat, catchy melodies, energetic feel, all together into an explosion of pure sound awesomeness!

When the universe collapses, nothing but a new hope can save us. It's the beginning of a new dimension of space-time: it's time to reborn and generate the ultimate force of limitless power! (It will make sense later, trust me) (Maybe...) [Read More...]

When the universe collapses, nothing but a new hope can save us. It's the beginning of a new dimension of space-time: it's time to reborn and generate the ultimate force of limitless power! (It will make sense later, trust me) (Maybe...)

Finally a new song! This was a really complex project. I've been working on this song for a whole month, including the composition process as well as the video editing part. I'm really proud of this video: it took a great effort, but came out pretty good :)

This may be my favorite song. Not only because I like how it sounds a lot, but because it perfectly expresses how I've been feeling lately and what I've been thinking of the universe and the human psychological nature itself. Yeah, while the main description (above paragraph) may seem pretty confusing, it's basically what I've been thinking while composing it, it's exactly what this song "told" me while I was making it, what my mind was subconsciously processing.

The main theme of the second half of the song, starting at 1:45 (the theme actually kicks in at 2:00), it's a perfect example of what I have said before: I've been having that theme flying through my head for months! I'm happy that I actually used it :)

Oh well, now let's get back to the interesting part: the huge video editing process. After designing the song's logo, I mounted it using After Effects creating a 3D composition and animating everything in 3D space. It was really hard, but now I know how to do it! The ultra-fancy "trippy" sound-reactive background tunnel is pretty great, too! It gives the video that ultimate touch of epicness that makes everything unique and cool.

This song is available for download as a part of INVASION - The Album, remastered in High Quality! Available as 320kbps MP3, Lossless FLAC or any other format you may possibly desire! Get it now, check the link below!