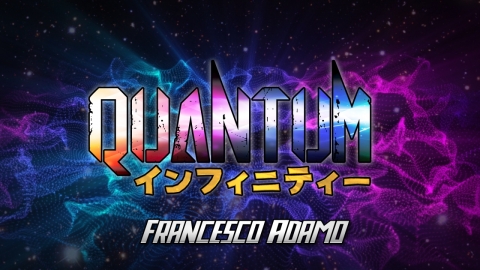 An unknown travel through the infinity of space-time! Cross the boundaries of space and time, reach the edge of reality!

AdamZ is back with a whole new song! The second release of 2014! This song has a long story. I started composing it before releasing Legends and have been working on it since then [Read More...]

AdamZ is back with a whole new song! The second release of 2014! This song has a long story. I started composing it before releasing Legends and have been working on it since then (one whole month!). It changed a lot during its completion, but it came out exactly as I wanted it! It's my best song so far, and one of the most meaningful to me. Enjoy! :)

While I was composing this song, I could feel a connection between me and the song itself, a mutual communication. It's hard to explain, but basically I was both creating the song and being inspired by it. Pretty cool, I'd say!

While I could be spending hours talking about what the song's meaning is and explaining my concept of infinity and my theories about the origin of matter itself, I'll just skip this boring part and describe the INSANE VIDEO EDITING part. Yay! :)

It took me a while to make the video for this song, but it's just... perfect. This time, I had a specific project in mind and did everything I could to make it right. And it came out exactly the way I pictured it. The rotating space background, the sound-reactive "quantum field" of particles, the awesome logo and it's animations... it's what I was thinking while composing the song, that's what the song was telling me.

Well, that's it! I hope you enjoy! I'll be back next month, with a new song! AdamZ 2014 -- The musical adventure has just begun!