Through Time And Space 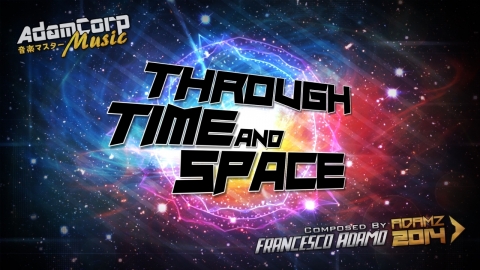 A timeless expedition through the depths of the universe! Reach the edge of unknown, obtain the ultimate power!

I'm sorry this took a while, but finally a new song is out! I had to study for an important exam the last few months, that's why I didn't release new songs... But now I'm back, with musical goodness... [Read More...]

I'm sorry this took a while, but finally a new song is out! I had to study for an important exam the last few months, that's why I didn't release new songs... But now I'm back! With musical goodness like never before! GET READY!

I'm already working on two other new songs, so expect another update this month! (to make up for not releasing anything recently).

I like to think of this song as the first part of a trilogy - the exam trilogy. While the songs are not related at all, they were composed during the insane study madness period, while I was preparing the exam. More specifically, this song was made before, the second during the exam period, the third right after it.

What's cool about this "trilogy" is that somehow my emotions were projected into the songs themselves. In this case, for example, I was mentally stressed (who wouldn't, studying more than 10 hours a day...) and because of that, a more dark-themed song came out. I'll talk about the others in their own video, but trust me, you'll see the difference. Or not. Oh well...

Talking about the video... well, this took me some time to make. It's insanely complex, but super awesome at the same time. The fancy background, the colored sound rings, all those logos... they were time-consuming, but worth it! I also really like the initial transition from black and white (simple and minimal) to a colorful splash of space colors. It came out just like I wanted it!

I also tried experimenting a bit with the song itself, adding more effects than usual and spending a lot of time perfecting small details. I overall really enjoyed composing it, I hope you like it too!

I guess that's it for this time! Enjoy the song! :)