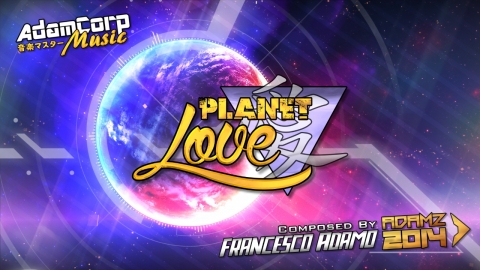 A musical adventure in the search of love! Enjoy some Disco music at its finest! Powerful beats, divine synths!

A new song by AdamZ! Get ready, sit down and prepare for an amazing musical experience that will blow your speakers! So... there we go. I'm really proud of this song. It's my best song so far, and... [Read More...]

A new song by AdamZ! Get ready, sit down and prepare for an amazing musical experience that will blow your speakers!

So... there we go. I'm really proud of this song. It's my best song so far, and I consider it my masterpiece *tears of joy*. This song... is something special. I really hope you enjoy it! :)

And there's more to come! I'm already working on another song! It will be released... soon? (You know, I'm on vacation. I don't really know when I'll be able to compose something...)

This song might be considered as the second part of the exam trilogy. It's not related to the previous one, but its main theme was composed during the insane exam preparation period.

Just like in "Through Time and Space", my emotions were projected into the song itself. I was super stressed, but I could already "see" the end of the pain, like a light shining in the shadows. A good 80% of the song was composed after the exam, though, more precisely in an emotion-driven period of my life. That's where the name of the song comes from. The eternal search for love, a timeless quest beyond comprehension.

The video editing was super-rushed (made in just one day!), but it came out pretty neat. This time, the focus was not on the (awesome) audio visual effects, but on the atmosphere that the song creates. Both audio and video are part of the same whole. My aim was to immerse the viewer into a "musical experience" more than just a song. I hope you like it ;)

That's it! Enjoy the song, I'll be back soon with more goodness!