The Path of Glory 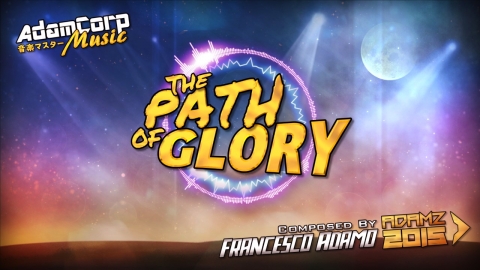 What to say... the time has finally come. This song is a really special one, and probably the best I have ever made. Just from its name, you can already understand this isn't your "usual" song... [Read More...]

What to say... the time has finally come. This song is a really special one, and probably the best I have ever made. The Path of Glory: just from its name, you can already understand this isn't your "usual" song, but something more, deeper, more powerful, full of underlying meaning. It's not just a song, not just music. It's a journey, an introspection, an adventure towards the future.

This song has a long story. It really does. I've been in a sort of hiatus in the last few months, I just couldn't compose anything anymore. So many unreleased songs to work on, so many melodies to give shape to, but... I couldn't do it. And a consistent amount of "sentimental shenanigans" I've been involved in didn't help in the slightest. But here I am now, with a lot more songs to release!

I started composing this song in June 2014, almost a year ago. It was basically completed as of September 2014, but it took me another 7 months to actually release it. Just... wow. This might be considered as the third and final chapter in the Exam trilogy, after "Through Time and Space" and "Planet Love". The main theme was composed during an insane exam preparation period, more precisely after the exam, when I felt free and powerful, and had a lot of expectations for my future as a University student. But then... this song got beyond that. I didn't release it, and kept expanding it with new emotions and feelings. What started as a simple (but still awesome) song became a deep and powerful journey inside myself, a timeless quest where I was the main character, and emotions my guides.

The fun thing about all this (actually, not really that fun) is that I was able to start back composing and complete this song thanks to a girl I was in love with, to whom this song was supposed to be dedicated. But guess what: it all ended sooner than I expected, and pretty badly. What a pleasant surprise (not). So you know what? F*ck her, this song is now dedicated to ME. YES.

TECHNICAL DETAILS: I wanted to recreate that "Retro" feeling, but still give it this modern touch in a unique way. I really hope I did that right! The main theme changes quite a bit throughout the song, and that's mainly because I've been working on it for WAY TOO MUCH and new melodies kept popping up. Think about this: I have 4 new songs which originated from this one. They aren't similar at all, but they were born while composing this song. That's cool!

SPECIAL EFFECTS: I'll be quick about it, I promise. Made in Adobe AE, they took quite some time to create but look kinda amazing. The background is a perfect mix of colors and particles, rising from an unknown planet. And the glowing double sound ring... THAT'S EPIC.