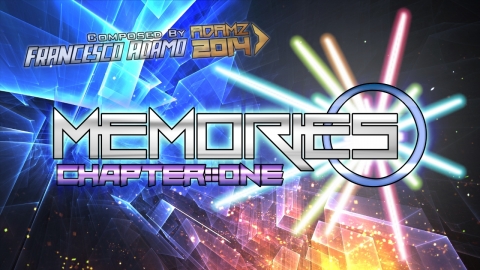 Present and past meet into Techno and Orchestral awesomeness! The first part of a great musical adventure!

I'm back! It took me a lot longer than I expected to complete this song, but here it is -- AdamZ March 2014 release! This song has a long story. I started composing it in... [Read More...]

I'm back! It took me a lot longer than I expected to complete this song, but here it is -- AdamZ March 2014 release!

This song has a long story. I started composing it in May 2013, but never managed to complete it. It was a short loop back then, and there's literally nothing of it left in the finished song! Last month I decided to revisit my library of unfinished works, and... BAM!

I really needed to compose something. It was both a physical and psychological need, it was... I don't really know how to explain it, but I had to. Starting from that short loop, I started expanding and creating new melodies, letting my mind flow, directly streaming what I was thinking and feeling into the song. I wanted to create a masterpiece. And, at least for me, I did.

The title, as well as the song itself, is not random. Everything has a meaning, everything is there for a reason. Even the video was made with that in mind. The idea of future and past, two realities that are opposite but yet linked one another, has been bothering for a long while. But one thing is for sure: the exact moment I finished this song, all uncertainties were gone!

The final song was something like 9 minutes, way too long... That's when I had the great idea of splitting it into "Chapters". I mean, MUSICAL CHAPTERS! Sounds pretty cool! WHAHAHAH! Next chapter will be out next month!

And then... The video! It's pretty crazy, this time. I spent a lot of time to create that super fancy shiny background. Then I added those GIANT SOUND LASERS. And yes, they are awesome.

No, but really, I hope you enjoy this song! This is, in my opinion, my best song and surely the one I spent more time creating!