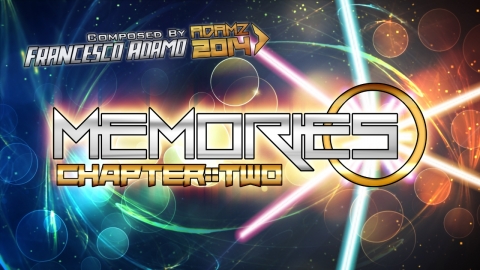 The second chapter of an awesome adventure! A jump into the past to recover forgotten memories and uncover the truth.

There we go! Chapter 2 is out! Wow, that took me waaay longer than I expected, but I'm glad it's finally completed... [Read More...]

"The timeless adventure continues... but is this the true ending?"

There we go! Chapter 2 is out! Wow, that took me waaay longer than I expected, but I'm glad it's finally completed!

Starting from where "Memories: Chapter One" left, this song keeps expanding and evolving the concept of time itself into an infinite loop of present, past and future madness. YEAH.

I must admit it's a really long song, but sometimes when I start composing I just can't stop... and also, I didn't want to split it even more and make a third chapter (even though I have some cool ideas and some parts of it are already completed).

The "theme" of the first song is still present here -- the two chapters are parts of the same whole: MEMORIES.

For the video editing part, I tried to wrap the song into a dreamy atmosphere, like I did with the first part. I also reused the SOUND LASER, because it's really damn cool. No, but really, since the two songs are actually one, I decided to make the videos similar.